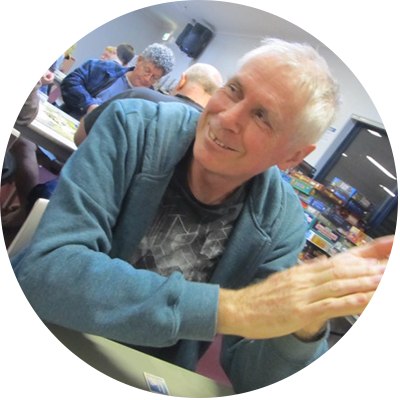 John Murray was a member of LXG who passed away from cancer in 2016. John was known for his overall enthusiasm for games, his expertise with rules and readiness to teach people new titles, and his friendly rivalry over the tabletop. He was a pleasure to play games with.

The John Murray award is given annually to honour John and recognises the positive qualities of individuals who are members of LXG who have gone above and beyond what is expected of them or have simply displayed all that is positive of a person who shares the tabletop with their fellow gamers.

Please nominate up to three of your fellow club members on the form available from the club and place it in the provided box. Nominations will also be open at the LXG Primary Meeting on Sunday, November 20th.

The John Murray Award will be presented at the December End of Year Party, on Sunday December 11.

It’s the regular monthly meetup of the League of Extraordinary Gamers! Come along and play some games with some old friends, or come check it out and meet some new ones!  This is the Primary..
View Calendar
Add